Entertainment is a metaphor for business – and our hope for the future.  It’s hard to watch a big film any more and not see all the product placement.  I took my teenage daughters to see Real Steel this evening and my 15-year-old started counting the product names out loud.  She stopped at about 20 brands when the people behind us started getting annoyed.

Remember Iron Man 2 last year?  The Oracle name placement was way over the top.  Larry Ellison made a cameo appearance in Monte Carlo as “The Oracle of Oracle”.  Tony Stark’s big party was hosted at the Oracle Garden Pavilion with a huge logo on the outside of the dome.  In a scene, someone did a geographic map scan by “searching the Oracle Network” (um, doesn’t Google own that space?) ..and, of course there were all kinds of Sun servers & equipment everywhere.

Fast forward to the near future of 2020 portrayed in the film Real Steel where Hugh Jackman plays a burned-out loser, dead beat father and ex-boxer trying to make a living by gambling with fighting robots.  He was like a slightly-less pissed-off Wolverine without knuckle blades.   HP had their name on every single computer display (apparently all the computer monitors in the future are going to be transparent.)  The kid drank gallons of Dr. Pepper & Coke made a big showing.  This was my favorite part, though… There wasn’t one single Microsoft logo in the film but the final, big battle takes place at the Bing Arena in New York.  All the ad banners inside the arena were for current company brands making the statement that they’ll dominate their markets eight years from now (Del Taco, really?)  My 14-year-old pointed out the Xbox 720 ad.  Awesome.

What’s more believable? A near-present fantasy world where a superhero flies around the world at Mach 6 in a nuclear-powered suit and Oracle owns the world infrastructure or a future where big and little kids play with fighting robots at the Bing Arena and play Xbox games?  I thought so too.

In your face, Oracle.  Microsoft wins round two!

One thought on “Iron Man vs Real Steel: Oracle vs Microsoft in the Movies” 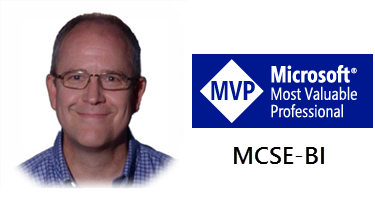